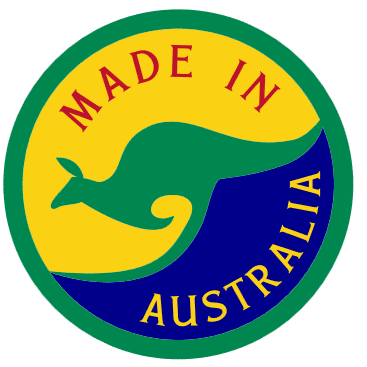 We have a range of Skincare products with100% Pure Australian Crocodile Oil as an ingredient. We also sell the oil

We have a range of Skincare products with100% Pure Australian Crocodile Oil as an ingredient. We also sell the oil

For best results remove the dropper from the bottle and apply 3-4 times a day or as required until you see change.

As per a Marie Claire article
It’s *incredible* for dry skin
Even though crocodiles are notorious for their scaly skin, their fat is rich in skin-healing/softening ingredients such as vitamin E and A, linoleic acid, sapogens, and antiseptic terpines. This is why it’s been used for centuries to treat conditions like eczema and psoriasis. It’s also great for thirsty, crackly lips.

It will reduce redness in the skin
Crocodile oil is also packed with fatty acids, like omega 3, 6, and 9, which are anti-inflammatory i.e. will lessen the appearance of redness for sensitive, pinky-prone skin.

It can heal wounds and irritation
It contains oleic acid, which is a key ingredient for cell regeneration. According to one study, croc oil can significantly accelerate the wound-healing process, as well as reduce the appearance of scars.

As per an article in sportseluxe
Crocodile oil is full of Omega 3, 6, 7 and 9, which are all vitally important to skin health and integrity. They serve as essential building blocks for the skin’s surface, however the human body is unable to produce Omegas 3 and 6 on its own; meaning that we need to obtain the nutrients from other sources.

As per Wikepedia
Crocodile oil is extracted from the fatty tissues of crocodiles. Crocodile fat is a product of commercial farming, evident in Thailand. Historically, for centuries crocodile oil has been used by traditional practitioners across the globe, including Chinese Traditional Medicine, Southeast Asia, Ancient Egypt. Crocodile oil was found to be used since the 19th century for different purposes in different cultures [1]. Due to the oil’s components, its richness in monounsaturated and polyunsaturated fats, it is today commonly used as ointment for treatment of skin conditions, skin structure enhancement, collagen deposition, and medicine for illnesses [2].

100% Pure Australian Crocodile Oil and is suitable for use on skin with people with Dermatitis, Eczema, Psoriasis, Burns, Minor Scarring, Cuts, Insect Bites, Acne, Anti-ageing. It is 100% Natural.

There are no reviews yet.

Be the first to review “100% Pure Australian Crocodile Oil 25ml” Cancel reply
No ratings have been submitted for this product yet.

All items shipped within 1-2 business days unless otherwise stated - for example if the item has to be made to order.

You are entitled to a repair, replacement or refund if a product you buy fails to meet a consumer guarantee. Products must be of acceptable quality, that is: safe, lasting, with no faults look acceptable do all the things someone would normally expect them to do. Acceptable quality takes into account what would normally be expected for the type of product and cost. Products must also: match descriptions be fit for the purpose the business told you it would be fit for and for any purpose that you made known to the business before purchasing come with full title and ownership not carry any hidden debts or extra charges come with undisturbed possession, so no one has a right to take the goods away or prevent you from using them meet any extra promises made about performance, condition and quality, such as life time guarantees and money back offers have spare parts and repair facilities available for a reasonable time after purchase unless you were told otherwise. The remedy you're entitled to will depend on whether the issue is major or minor. Returns will not be accepted if you got what you ordered but simply changed your mind, found it cheaper somewhere else, decided you did not like the purchase or had no use for it.

Fees and Charges for Sellers

How to Set Up Your Shop